Dr. Vivian S. Walker, Executive Director of the United States Advisory Commission on Public Diplomacy at the Department of State, will discuss her experience in public diplomacy and the role that language has played in government work.

This event will be held via Zoom webinar. You can register here. 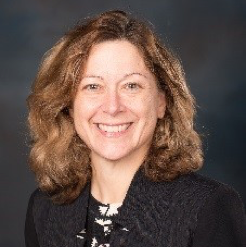 Vivian S. Walker is the Executive Director of the United States Advisory Commission on Public Diplomacy at the Department of State, a Faculty Fellow at the USC Center on Public Diplomacy, and an Adjunct Professor in Georgetown University’s MSFS degree program. She has taught at the Central European University’s School of Public Policy, where she served as a Research Fellow at the Center for Media, Data and Society. She has also been a Professor of National Security Strategy at the National War College in Washington, DC and the National Defense College of the United Arab Emirates.

In her 26-year career with the State Department, she rose to the senior rank of Minister Counselor. She twice served as a Deputy Chief of Mission (Croatia and Armenia), twice as an Office Director (Southeastern European Affairs and the Office of Press and Public Diplomacy for Europe), a Public Affairs Officer (Kazakhstan, with coverage of Tajikistan and Turkmenistan), a Cultural Affairs officer (Tunisia) and an Information Officer (Haiti). Other assignments include a two-year professorship in strategic studies at the National War College, a yearlong assignment as the State Department’s Regional Border Coordinator in Afghanistan, and a fellowship on the US Atlantic Council, where she led the first interagency discussion on public diplomacy in the aftermath of the 9/11 terror attacks.

Dr. Walker has published and lectured extensively on the practice of public diplomacy in complex information environments. She graduated from Georgetown University’s School of Foreign Service and earned her doctorate in English language and literature from the University of Chicago. She speaks French, Russian and Croatian.

Daniel Higuchi is currently a member of the 2021-22 Alfa Fellowship Program cohort and recently received his MA from the Johns Hopkins School of Advanced International Studies (SAIS). Before starting at SAIS he worked for three years at the National Defense University (NDU) in Washington, DC, managing the institution’s Field Studies Program for senior foreign military officers. Daniel arrived at NDU by way of Almaty, Kazakhstan, where he completed his UCLA Russian Flagship Capstone year on a Boren Scholarship.

Alyssa Haerle is a UCLA Russian Flagship alumna (‘2012) who completed her overseas Flagship program in Saint Petersburg, Russia. She is a Boren Scholarship recipient and completed an internship at Saint Petersburg National Research University of Information Technologies, Mechanics, and Optics (ITMO), one of Russia’s leading programming and entrepreneurial universities. She continued her studies at Stanford’s CREEES program, writing her Master’s thesis on Russian tech and entrepreneurship policy. Following Stanford, she created a nonprofit and continued her tech policy research at the Los Angeles Cleantech Incubator. She currently handles government relations for a transportation startup with a base in Los Angeles.